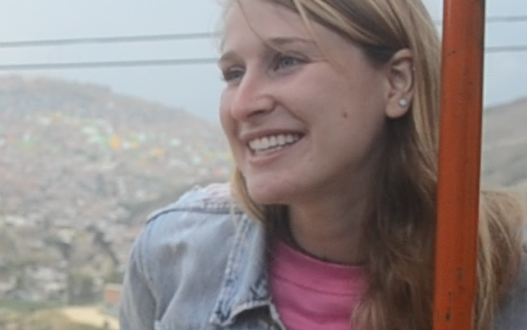 Girls in Colombia often face many barriers regarding gender.  In 2016, 84% of reported incidences of sexual abuse were girls between the ages of 0 and 14, and many more cases go unreported.  Every day, 18 girls between the ages of 10 and 14 years old give birth.  Sexual abuse and adolescent pregnancy affect many girls and families, and girls often face these barriers without support from their communities because the issues are heavily stigmatized.  I have had the privilege of living in Colombia, a truly beautiful country filled with beautiful people, for the last year.  Although I love so many aspects about living in this country, the gender inequality and machismo culture is one aspect that I often struggle with because it is so prominent.  Recently, I began working with Niñas Sin Miedo, a foundation that empowers girls and provides them with the tools and education to overcome many obstacles that they face through riding bicycles and educational programs.  The impact that they have on girls and their families in the community they work in, near Bogota, is incredible.  The impact that Niñas Sin Miedo makes is entirely thanks to its hardworking, dedicated team. 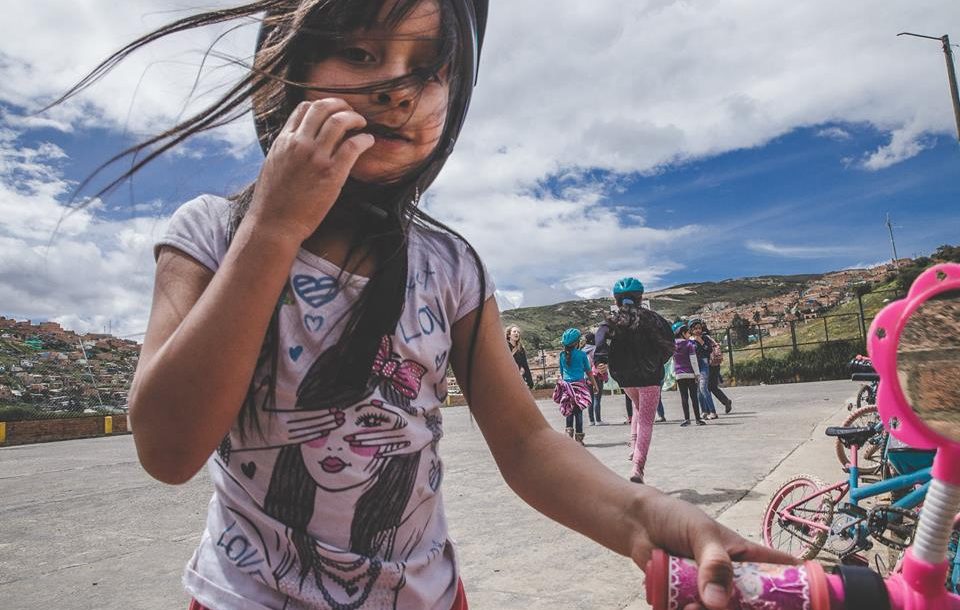 At the heart of Niñas Sin Miedo are its founder, Natalia Espitia, and the volunteers who work with the girls of Soacha every Saturday.  As I have gotten to know Natalia and the volunteers who keep the programs running smoothly, I have been floored by their passion for the organization and its cause, as well as their kindness and big hearts. I’m constantly impressed by the way they exude positivity and strength while interacting with the girls and their families. The way the girl’s faces light up when they see the volunteers is just one more indicator of how valuable this organization is.

Each volunteer has a different story and a different reason for getting involved with Niñas Sin Miedo, but together they form a united team committed to empowering the girls of Soacha.  I have loved getting to know Natalia and the volunteers, and I’d like to share their stories with you.  Of course, the volunteers in this story are only a few of the incredible team members that make up Niñas Sin Miedo, and there are many more participants making a difference with the organization

Natalia is a strong, graceful, and spirited woman, the type of person that most of us aspire to be.  She also happens to be the founder of Niñas Sin Miedo.  Three years ago, she was volunteering with social impact organizations like Habitat for Humanity while simultaneously facing a difficult time at her job.  After experiencing an incident of sexual a 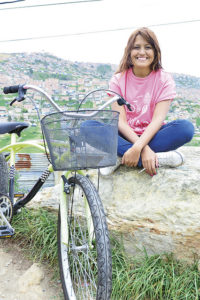 buse while living in Buenos Aires, she felt insecure, and that insecurity was affecting all aspects of her life–especially her career.  One day, her boss took her aside and gave her a suggestion: learn to ride a bike.  She did, and although learning to ride a bike was a seemingly small, inconsequential activity, it made all the difference for Natalia.  For her, riding a bike and the challenge of learning to do so made her feel more sure about herself and gave her confidence.  As the bicycle became a tool of power and confidence for Natalia in her personal life, she was working to complete a research project about sexual violence and volunteering in a community in Soacha.  Her longtime desire to become a social entrepreneur manifested itself in the idea to combine the bicycle and its power to create confidence with the friendships she had made in Soacha, and so Niñas Sin Miedo was born.  She started asking for bicycle donations and began to make connections with leaders in the community in Soacha.  When she began, she worked alone.  Each accomplishment in the growth of Niñas Sin Miedo was a personal achievement, and she had to rely and depend on herself.  Little by little, her relationship with the community grew, and so did Niñas Sin Miedo.  Eventually, she extended the reach of the organization to include a few volunteers, and then a few more. Niñas Sin Miedo continues to grow, and Natalia can now look back on her accomplishments with pride.  She has achieved so much, but she knows there is still a long way to go.  Natalia’s vision for the foundation is one for the long-term.  She wants to be the catalyst for a movement to end gender inequality, but she knows that the only sustainable way to do that is for the girls to do it themselves. As Natalia said, “maybe we won’t see the changes, but if we keep working now, these girls will make the change.” 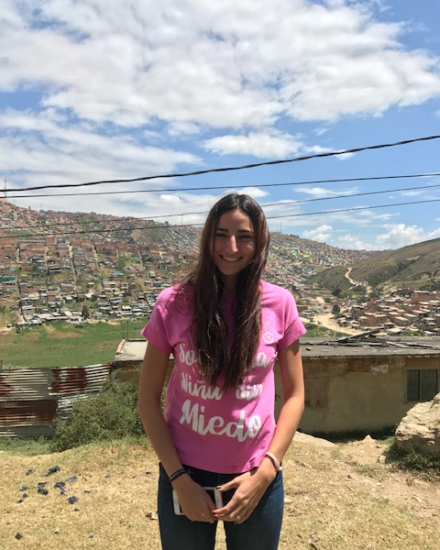 Adriana was interested in Niñas Sin Miedo years ago, when she was still in high school.  Now a law student at Universidad Javeriana, she told me about how her love for feminism and gender themes led her to Niñas Sin Miedo.  Although she was in high school and too young to apply for the volunteer program, she followed Niñas Sin Miedo on social media and stayed up to date.  As soon as she was old enough, she and her friend Mateo got involved.  That was about a year ago, and she loves the opportunities she has had with Niñas.  According to Adriana, Colombia as a country can often be very machista and close-minded, and girls are very vulnerable here.  She feels that the initiative of Niñas Sin Miedo is an extremely important one, and she hopes to help bring feminism to a reality and change the anti-feminist mindset that many people have toward women in Colombia.  In the future, she plans to pair her law degree with a communication degree, and use her knowledge and experience to focus on gender issues. 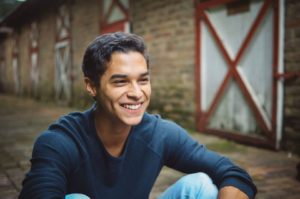 Mateo is an economy student at Universidad Los Andes in Bogota.  He loves sports, which is part of why he got involved with Niñas.  He learned of Niñas through an old friend, Adriana, who let him know about the program.  Interested in working in the bike school and using sports to promote girl’s empowerment, he began to volunteer.  Now, nearly a year later, he continues to spend many of his Saturdays in Soacha helping with the bike school.  He feels that his work with Niñas Sin Miedo is important because he is doing something to help a vulnerable situation.  Prior to joining Niñas Sin Miedo, he says that he had never heard of an organization like this one and he loves empowering the girls and giving them tools to grow and face any difficulty that might come their way.  He enjoys playing the guitar (some of his favorite songs to play are “Tears in Heaven” by Eric Clapton and “Let It Go” by James Bay) and has played music with the girls–they loved it, of course! 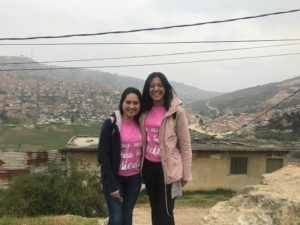 While completing a university project about sexual abuse in Colombia, Ana Maria realized the importance of the issue and became interested in learning more about it.  She felt a pull to get involved in the cause, and when she met the bicycle program coordinator at Niñas Sin Miedo, everything fell into place.  She knew she wanted to work with Ninas, and when her volunteer application was accepted, she began working with the education programs.  Realizing that her heart was in the bicycle program, she made the switch and has now been working for nearly a year in the bike school.  Her favorite thing about Niñas Sin Miedo is that there is never an attitude that the girls are “poor, sad, and have nothing.”  Instead, they are celebrated for their strength and she says that working with the girls has made her realize just how strong they are.

When Adriana arrived to Soacha for the first time as a volunteer with Niñas Sin Miedo, she spotted one of the girls distraught about something. She was extremely affected, and felt that she needed to go comfort her.  In that moment, she knew that the mission of Niñas Sin Miedo was an important one and that she could make a difference.  That was in June of last year, and she has been a dedicated part of the team ever since.  Her passion for working with the program is very apparent.  An interesting fact about Adriana is that her great grandfather is named in a very famous Colombian song called La Piragua! 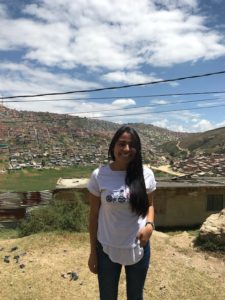 Neidy joined Niñas Sin Miedo in August of 2017.  As a biology student at the Universidad Pedagógica Nacional, she was looking for an opportunity to volunteer with a cause she cared about.  A friend told her about Niñas Sin Miedo and she immediately felt a connection to the organization.  She’s currently working on a project about sexuality through her university, and she felt that the cause of Niñas Sin Miedo was relevant and important.  When she was in school, she didn’t receive any form of education regarding contraception and the changes girls experience in their bodies during puberty.  She feels that it’s extremely important for girls to receive this education and to learn to love and feel comfortable with their bodies.  She loves to travel, listen to music, and meet new people, and she hopes to one day study marine biology in Brazil and get a veterinary science degree. 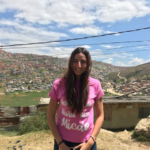 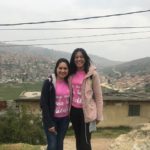 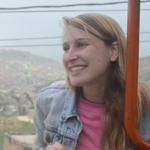 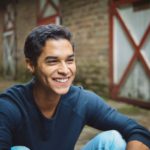 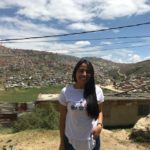 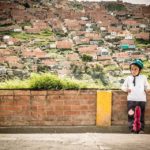 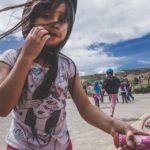