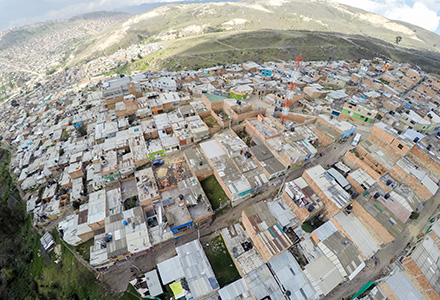 Our organization started in March 2016 in “Comuna 4” in the municipality of Soacha, Colombia. Soacha has 81,609 inhabitants, where 43.4% of inhabitants are displaced persons. Girls between 0 and 14 years old represent approximately twenty percent (19.7%) of the population and are numbered at 16,094.

Ciudadela Sucre has ten neighbourhoods and close to 35,000 inhabitants. One of these neighbourhoods, Pinos, is where we realized the pilot project. It has 3,506 inhabitants and a total of 779 families. Ninety-seven percent of roads are unpaved and 43% of homes are women-lead households. We have formed strategic partnerships with the “Juntas de Acción” (Action Committees) in both the Pinos and Bellavista neighbourhoods.

According to studies of the Government of Cundinamarca (2013) is located in the second position of the department adding 396 girls in pregnancy.

Our pilot program began in March 2016, was developed in the neighborhood of Los Pinos, located in the fourth community of Soacha, a sector near Bogotá, Colombia.

We wanted and tested the impact model of the Girls Without a Fear foundation, given its goal of empowering girls and avoiding gender violence and teenage pregnancy.

The pilot program ended in 2016 and we are in the evaluation stage. 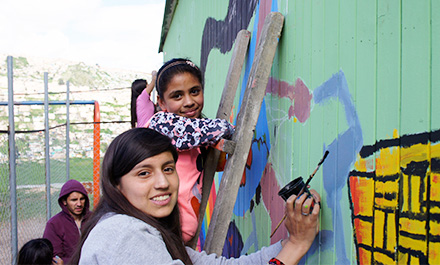